Japan, Being the third richest but the 6th poorest.

Well what does this mean?

Japan currently has the 3rd highest GDP in the world. But it is currently the 6th highest percentage of population below poverty threshold. (OECD Countries) 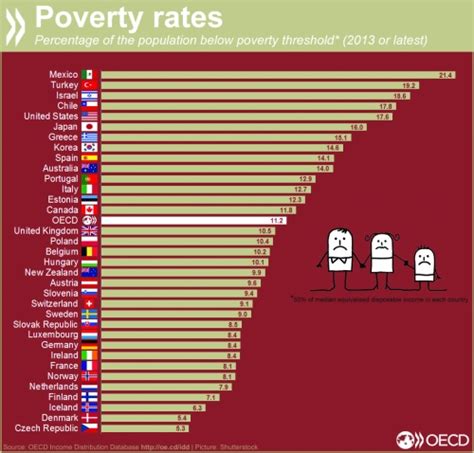 (the highlighted part is Japan)
Very Left: Poverty Rate, 16% of the population in poverty

Child Poverty: 15.7% of the population (children) in poverty

Average: 14.6% of the families are in poverty

Single Parent: 50.8% of the families are in poverty

This growing inequality is also affecting the education of this country, the future of the next generation.

But first of all, what is “poverty” in Japan?

According to the research done by the Ministry of Health, Labour and Welfare, families with a net income of less than 1,220,000yen per family member, are in poverty.
(1,220,000yen is half of the medium net income of this country.)

and 16% of the population are in poverty.

What does it have to do with the Education System?

First of all this following graph shows the correlation between salary and educational background in Japan.

As you can see, university graduates receive significantly higher wages, but the problem starts here. The average salary (anual) of families with university student children are the following. (Resrouce: JASSO, 2014)
(For Education System: another post )

Generally state owned or country owned universities are supposed to be affordable, which they are, but due to the high competition, generally all of the students come from private high schools, cram schools, private tutors, study abroad experiences and those who can’t afford it, just can’t.

According to a survey done by Tokyo University Online Newspaper , (Tokyo University/東京大学 or TODAI 東大 is a country owned university, known as the best university of Japan) , 65% of the students were enrolled in cram school since primary school.

Cram schools, costing about Y300,000 -600,000, since elementary, families who can not afford cram schools are being left behind. 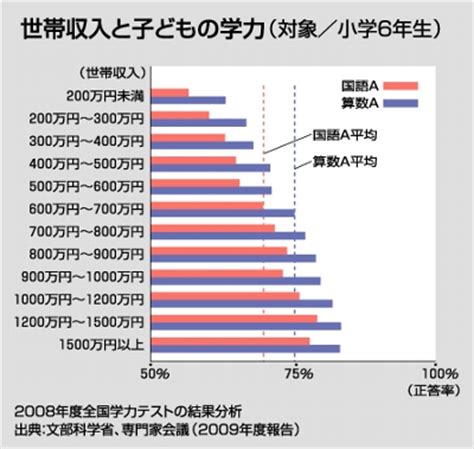 The y axis meaning the how many ten-thousands of yen

The red, meaning language and blue, mathematics, there is a clear correlation between salary and the academic performance of a standardized test for 6th graders.

And thus, the inequality grows, stabilizes and creates a
“The rich get richer, and the poor get poorer” Society.

We believe in equality and that every children deserve a chance, an opportunity no matter their background.
To break this cycle of poverty, rising inequality we work to combat the educational inequality, to raise awareness and to share experiences through our programs and projects.